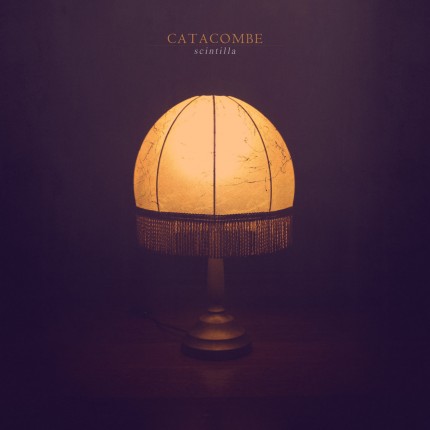 Before everything. Before computers, smartphones, wi-fi and social networks. Before satellites, planes, cars. Before the industrial revolution, the agricultural revolution. Even before the first societies. Let us travel back in time, before we even conceived the idea of time, before we met the sun and moon, day and night. And before fire. What do we find? The sparkle. The scintilla that human used to create fire. The first flash, and therefore, the first inspiration.
In a way, “Scintilla” – the album – is Catacombe’s first. With its renewed sound - redefining post-rock with deeper harmonies and hypnotic, unpredictable rhythms – there are heartwarming breaches of light cutting through the massive walls of sound. There are echoes of suspending melodies, side by side with vigorous, evolving landscapes. There’s light and obscurity dwelling in deep resonance, inviting us to self-redefinition.
It appears maybe too long after their last, “Quidam”, of 2014. It appears after individual and collective growth, after labour, after sleep, after laughter and tear. It appears when those who compose it are not the same as five years ago, even if the past feels near. And it arises, harshly, to teach us a valuable lesson: that there is no darkness that can withstand the faintest of glares, there is no room that does not light up with the faintest of lamps.
Recorded and produced by Daniel Valente, at the Caos Armado studio and CCMP, mixed by Falk Andreas at Blank Room Audio, Berlin, and mastered by James Plotkin (Isis, OLD, Khanate), "Scintilla" leads us back to that primordial moment when man discovers fire, so that millions of years later a band can discover the course, or the maturity. The light, or the dawn. The morning star, the same one that is given to those who triumph. And, needless to say, "Scintilla" - and Catacombe - have triumphed.