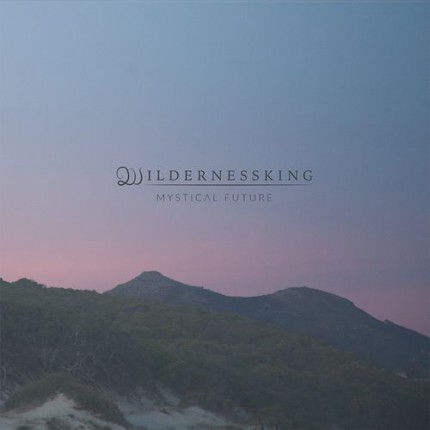 Mystical Future was recorded in Cape Town by Wildernessking and Daniel Thackwray, and it was mixed and mastered in California by the famed Jack Shirley.
“Mystical Future” is yet another example of the band’s skill at integrating different styles of music within a framework of black metal — and it’s also as intense and intensely moving as anything they’ve done to date.
It storms right from the start with a surging hail of riffs, torrential drumming, rapid-fire bass munitions, and throat-tearing acidic howls. After that rousing start, the storm subsides, passing into a somber yet poignant mid-section that features a heart-wrenching guitar solo as Keenan Nathan Oakes’ shrieks reach new heights of soul-rending anguish. But as good as the first half of the song is, it still hasn’t reached its peak.
The power of the music builds again, driven by an intense drum performance, with layers of rippling guitar chords magnifying the music’s emotional appeal. The song reaches its crescendo in a high, trilling guitar melody that reaches out and seizes attention in a way that’s electrifying — and even then, one more affecting guitar melody still awaits before the song fades away.
As a first single from the album, “With Arms Like Wands” is a great choice — but it’s only the first of many gems in a superb album that’s going to re-focus the world’s attention on a very talented band from a far-away place (and we will have much more to say about it when the time is right) - www.nocleansinging.com