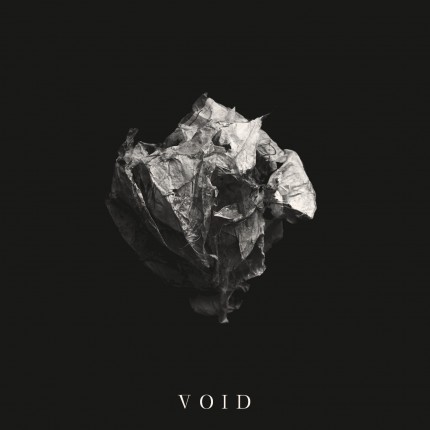 CORECASS is the solo brainchild and creative outlet of distinguished Hamburg based musician and composer Elinor Lüdde. Since its inception in 2014, CORECASS has been able to look beyond the conventional approach and fuse together instruments such as harp, accordion, electrical guitar and her natural voice, combined alongside field recordings, foleys and digital or synthesized instruments in order to create something truly unique and expressive. The result is an innovative and cinematic style of music – an elegiacally dark and atmospheric conglomerate made of cliché busting conceptions between electronic and non-electronic sounds and sources.
With several well received releases and film scores already under her belt, CORECASS has once again found a new way to explore and challenge both herself and the listener by evoking a wealth of feelings through her anomalous musical expressions. In her newest offering, V O I D, she uses her multi-instrumental talents to interpret and repurpose the world around her into an ethereal mix of sounds that encapsulates a full spectrum of emotions. With the creation of V O I D, CORECASS has discovered fresh ways to convey a myriad of states through a series of movements and interludes. The most driving component in this composition is a church organ, which provides an especially unique characteristic due to its distinctive tonal qualities.
The opening track seamlessly draws you in, where you are transported into the spectral world of CORECASS. From here the different instruments and sound methods weave a narrative that takes the listener on a journey that not only transcends traditional genres, but pushes the boundaries of what can be accomplished through the medium of sound. Each new passage possesses a haunting yet familiar nature that fluently transitions between harmony and dissonance, blending soothing melodies with episodes of periodic darkness. These aural changes coincide with a natural shift in spirit. Filled with arpeggiated refrains and interweaving layers, these textures create a flowing and ephemeral dream like state. Upon reaching the end there is a feeling of having been cleansed and arriving at a place of closure but also rejuvenation.
V O I D will be released on Golden Antenna on the 27th of November and will no doubt be another well received release in CORECASS’s already prolific catalogue.