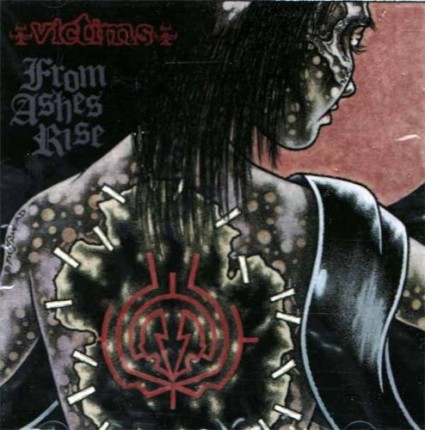 ---> the covers get 1 or 2 very little corner damages. nothing bad, but still there
USA-Import!!! From Ashes Rise plays dark, slightly metallic hardcore that is not unlike early His Hero Is Gone mixed with Scandinavian hardcore like Skitystem and 80's UK crust like Antisect. Drawing on those influences From Ashes Rise has moved this sound into it's own territory so to simply label it "Tennessee style" hardcore would be oversimplifying their sonic progression.
Victims from Sweden play aggressive fast Scandinavian hardcore not unlike early Skitsystem or Wolfbrigade. You can hear the influence of early Swedish hardcore like Anti-Cimex, Shitlickers and Crude SS mixed with the heavier sounds of 90's crust core, but there is also some influence from the early 80's US hardcore sound. This recording was produced by Mieszko/Nasum at studio Soundlab.