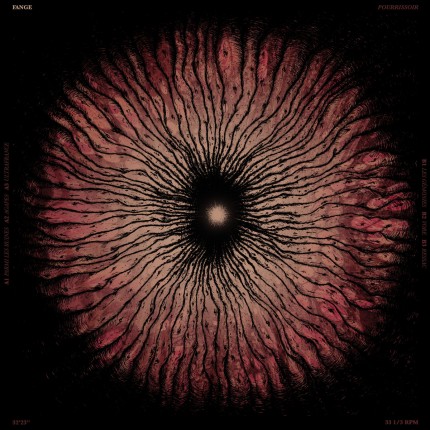 A mere few months after the release of their debut album "Purge", french degenerate sludge quartet FANGE maintains their devouring fire with these six new tracks. With strong visual and lyrical ties to its predecessor, "Pourrissoir" marks the closing of a chapter for the band, while standing both as their most punishing work and as a step outside their comfort zone.
This time showcasing a colder approach in songwriting and production, their appeal for all things gritty gives character to their metallic sludgecore, leaning towards chuggy death metal, noise rock-infused slow-burners or harsh noise. With a now triple-vocal attack and a bigger emphasis on the ear-drilling side of their sound, "Pourrissoir" and its hammering wall of sound - once again captured by KKP in their hometown of Rennes - is one more proof of the band's unending thirst for unpleasant, gut-punching sounds.