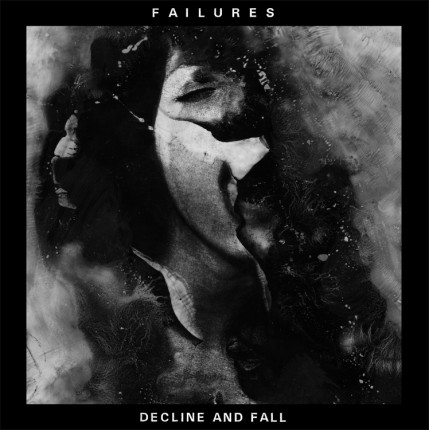 Related links to "Failures - Decline And Fall LP"
Description
Description
As the former frontman of Charles Bronson, Das Oath, and many others (as well as the head of... more
Close menu

As the former frontman of Charles Bronson, Das Oath, and many others (as well as the head of Youth Attack! Records), Mark McCoy has nothing to prove at this point in his anti-career. Yet he does so anyway with Decline and Fall, the fractured, brutally compressed opus by his current group Failures. Along with guitarist Will Killingsworth (of Orchid, Ampere, etc.), McCoy screeches like a hanged man whose lungs won’t surrender; meanwhile Killingsworth and crew hurl themselves off a cliff and write riffs on the way down. FAILURES unveil their magnum opus dissonance with "decline and fall". It is a work years in the making, of painstaking scrutiny and craftsmanship, delivered in an agonized effort to boil down the very essence of what it means to endure the habitual torments of existence. In just over 14min. these 14 songs dissect the intricacies and endless defeats that coincide with our fruitless pursuit of happiness and fulfillment, and illustrate how, by rendering these hopeless, baseless projections of our deepest insecurities, we come to define our demise as the very core of our lives. Humanity’s toil may endure, but whether we drag along for the ride or tumble off into a ditch to rot makes no difference either way. The records comes with 2 great panel fold-out cover and insert and art by Mark McCoy (Youth Attack).