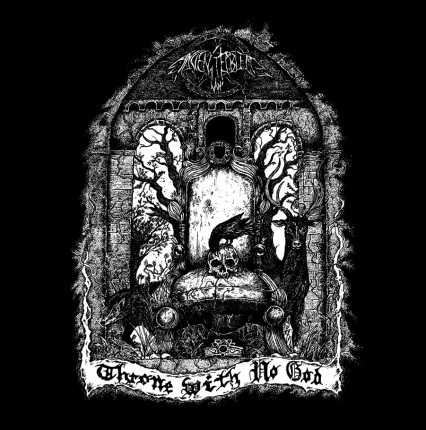 Spanish Black Metal band Ancient Emblem is striking in both its familiarity and it's directness. Sticking to old school, true Norwegian style black metal, Ancient Emblem do not deviate at all from the path laid out by those bands, but they pull it off based on the energy put forth in the music. It is produced and played expertly, proving that originality is not necessary to make a good record. The album also stands out in the lyrical department. I think the liner notes say it best. "4 lovers of gloomy and raw sounds which support veg(etari)an way of life and deeply hate attitudes based on discrimination and domination such as religion, homophobia, sexism, speciesism, racism, fascism, or Nazism." This is a refreshing and hopeful worldview, especially since the band comes from Spain, a country consistently threatened by right wing groups, and the Black Metal scene, which includes some less than savory politics. Topics covered include environmentalism (Crow will tell, Old Tree), organized religion (Stolen Symbols, My Unique Law), and individualism (Over my Equals, Stone Circle) This album is for devotees or raw, old school black metal. The music rarely strays away from that, only occasionally slowing to a more ambient pace. This is an album for the kvlt at heart. Fans of atmospheric black metal need not apply.