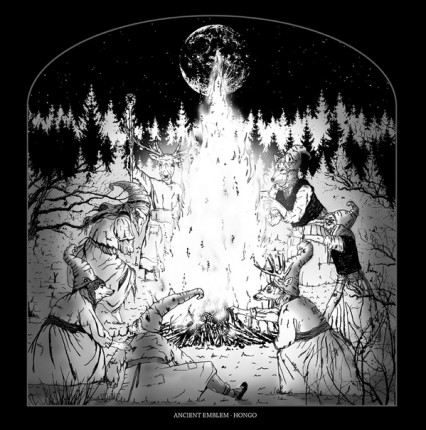 Ancient Emblem from the Basque country have teamed up with Hongo from Galicia (both areas are located in northern Spain) to bring a split LP of three tracks of devastating hardcore/crust.
Hongo is a four piece sludge metal band, in earlier times strongly influenced by screamo and crust punk, now playing a darker and more metallic sound with suffocated vocals.
The Spanish Black Metal band Ancient Emblem is striking in both its familiarity and it's directness. Sticking to old school, true Norwegian style black metal/blackened crust, Ancient Emblem do not deviate at all from the path laid out by those bands, but they pull it off based on the energy put forth in the music. Fans of atmospheric black metal need not apply.