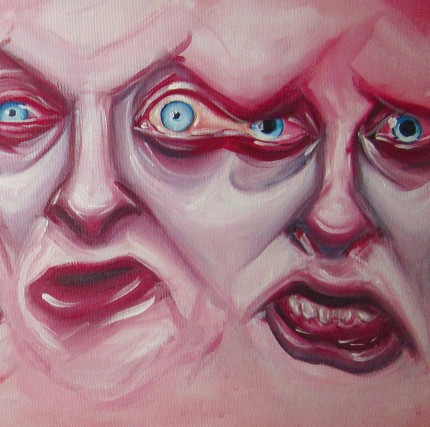 Related links to "Cult Of Occult - Five Degrees Of Insanity 2xLP"
Description
Description
review by THE SLUDGELORD: "I’ve been aware of French quartet Cult of Occult for a little while... more
Close menu

review by THE SLUDGELORD:
"I’ve been aware of French quartet Cult of Occult for a little while but had not investigated further due to their name. I realised what a terrible mistake I had made within seconds of listening to the filthy doom contained within “Five Degrees of Insanity”, a far cry from the bandwagon jumping retro rock I was expecting. An ominous amp hum builds before erupting into the gut churning opening riff of “Alcoholic”. What follows is a 15 minute onslaught of bleak sludge, harrowing vocals and an evil guitar tone Bongripper would be proud of. Cult of Occult employ repetition to great effect, playing each riff until breaking point before moving to the next. A slight shift in tempo towards the end of track ushers in a pummelling one chord attack, drums pounding to a frenzied climax until the dust finally settles. The next degree of insanity, “Nihilistic”, begins in similarly-pummelling fashion. The band begins to add in more atmospheric elements with this track, occasional bleary, reverb heavy guitar allows the listener to briefly catch their breath before the next crushing blow. “Misanthropic” kicks off with a buzzing black metal attack which is a slap in the face after the snail-paced crawl of the previous tracks. This is only a brief respite though as before long Cult of Occult are wading through treacle once more whilst maintaining the blackened atmosphere from the intro. Hopefully the band revisit and expand on this black metal side during future releases as elements of this track offer a tantalising glimpse of their wider sonic arsenal. “Psychotic” emerges from the spaced-out conclusion of “Misanthropic” with a few minutes of glorious droning amplifier worship. The black metal atmosphere continues as a menacing tremolo picked riff emerges from the fog which later returns as an eerie, distant keyboard reprise. “Satanic” brings proceedings to a close, beginning with hysterical declarations of war on Jesus, God and everything before grinding out one last serving of punishment. Despite being a lengthy record at 65 minutes, “Five Degrees of Insanity” is engaging throughout and strangely addictive, particularly given its relentless nature and glacial pace. This is a thoroughly unpleasant listen in the best possible way."