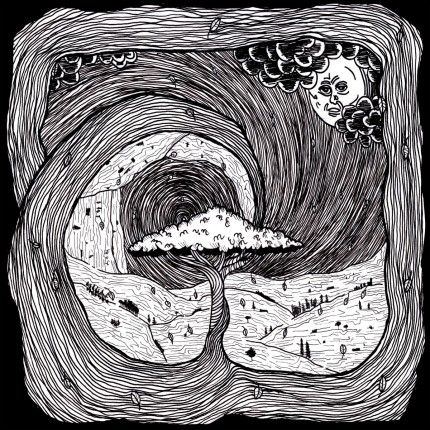 Faltre consists of Jakob (g), Flo (g), Charles (b) and Timo (d) and was founded in early 2014 as a temporary project. Over time songs developed as a means of releasing pressure from everyday life and reflecting on the inner constructs of oneself. Thus, they may represent instrumental metaphors for different facets of the chaotic and dynamic world we live in.
As a consequence the debut 2xLP Elegeia features a musical concept, illustrated by the cover artwork and song titles. It tells about past wounds and future hopes. Of a journey into uncertainty. A beginning and possibly even an end.
The songs were recorded in R121 and Mount Atka Studios in Giessen by Philipp Dietzel. He mixed and mastered the songs and produced Elegeia alongside with Faltre. The Artwork was drawn by Timo and screenprinted by Artless Prints and the band members.
Elegeia's limited first edition is handcrafted by Faltre and co-published by Grünen Vinyl, Unknown Records, Dingleberry Records and Monday Morning Records.