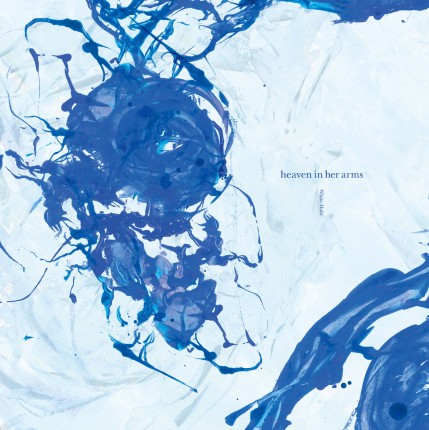 Related links to "Heaven In Her Arms - White Halo LP"
Description
Description
Music is a medium of connection no matter what political and geographical borders want to... more
Close menu

Music is a medium of connection no matter what political and geographical borders want to dictate. What music in general is also celebrated for is the possibility to blend regional with global sounds to create new and unique soundscapes. Japan is one of those regional examples where the dominant structures of heavy music are mashed up with the local culture to preserve a musical testimony of the here and now. One of those bands who stand this balancing act between Western and Asian influences are Tokyo's HEAVEN IN HER ARMS. After ten years of relentlessly touring the world including destinations such as Europe, Russia and many parts of Asia and numerous critically acclaimed releases, HEAVEN IN HER ARMS are ready for the next chapter of their history. "White Halo" is the name of the upcoming longplayer that once again manifests the band's willingness to excel the own aspirations. This album fits perfectly into HEAVEN IN HER ARMS' discography without sounding antiquated or outdated, but offers everything that fans have been lurking for. What makes "White Halo" special is that the band's origin is once again audible in every single tone without serving any stereotypes or being pathetic. This album sounds like a visit to Tokyo with its roughly 14 million inhabitants, ever buzzing traffic and bright neon lights. It is easy to get lost but signs and structures remain as a golden thread that turns this trip into a delightful and fascinating journey. "White Halo" sounds huge and overwhelming with every little aspect in its own way. May it be the complex riffing, the pervading Japanese vocals or the overall dramatic composition. HEAVEN IN HER ARMS once again prove their distinctive sense for an unblemished songwriting that can keep pace with other big players in the genre.