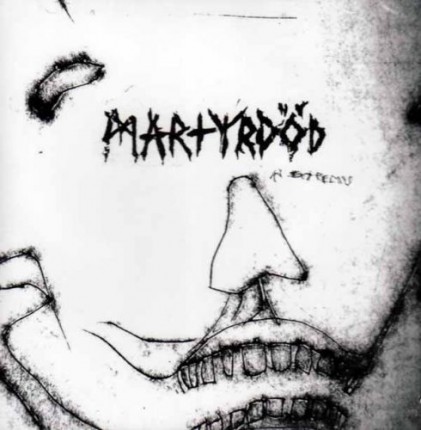 ---> the covers get 1 or 2 very little corner damages. nothing bad, but still there
USA-Import!!! Martyrdöd unleash intense raw Swedish hardcore with some Black Metal influences. Ultra powerful metallic käng that drags you into a world of darkness, anger and despair. This band released a crushing LP on Plague Bearer and a split 7" with Sunday Morning Einsteins. Guitarist Micke went on to play in Skitsystem. This band has a distinct style within the strong tradition of Swedish hardcore. The riffs are raw and powerful, with haunting melody over a storm of raw sonic shrapnel. Two guitars trade off sledgehammer riffs and driving melodic leads. The vocals are searing and raw shouts of rage against the horror of 21st century industrial terror and war. This LP is a titanic blast of raw käng power.