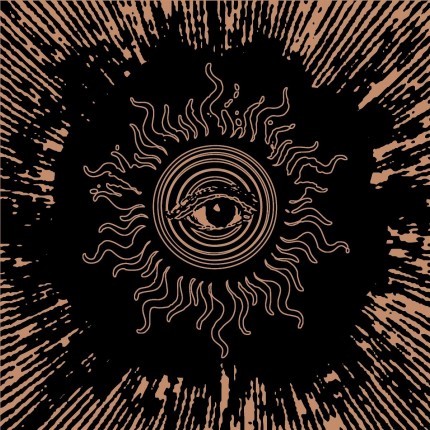 released by the band in 2013 as a 2 song lp, feat. 2 downloadable bonustracks it now gets release as it was meant to be, a 4 song 2xlp with about 55 minutes of doom

"Usnea play a style of doom dirge familiar to fans of Samothrace, Buried at Sea, and Main’s Ocean. Their debut LP consists of two side long burners of seriously heavy plodding doom, minor tempo and time adjustments, and harrowing vocals.
“Chaoskampf” and “Brazen Bull of Phalaris”, travel the well worn slow mo doom path, but pull quite a few cues from death/doom, black metal, and sludge. Vocals alternate between a low death growl and a high throaty scream. There’s an emphasis on melody and harmonic interplay between the two guitars that lends an emotional weight to the music similar to recent releases from Pallbearer and 40 Watt Sun. “Chaoskampf” breaks the despondent harmonies with a blackened mid section before returning to the dirge to decay to a slow phasing droning conclusion. “Brazen Bull…” stays down tempo throughout, drops the distortion for a clean ambient break in the middle before the massive riffing returns for a transition to clean tones and a trickling conclusion.
“Monuments to Avarice” has some excellent Black Shape of Nexus style chugging drone mixed in, while “Empirical Evidence of a Deranged God” starts in more typical doom fashion. A brief sample introduces a choppy Sabbath riff and a broken homage to Sleep’s “Sonic Titan” before more massive dirge follows, closing with lengthy bout of fast blackened guitar over lumbering drums and bass. Those opening moments are the only hints of stoner/doom cliché and area little out of place with the rest of the album.
All told, Usnea’s debut is excellent and brings back many happy memories of Ocean (RIP). The slow trickling harmonies, the monumental dirge, the slowly ebbing songs coalescing around a weighty melancholic atmosphere is a refreshing reprieve from drone/doom monotony and stoner Sabbath worship. This young band has delivered quite a sucker punch and sludge/doom aficionados and fans of Peaceville’s early catalog should take note.