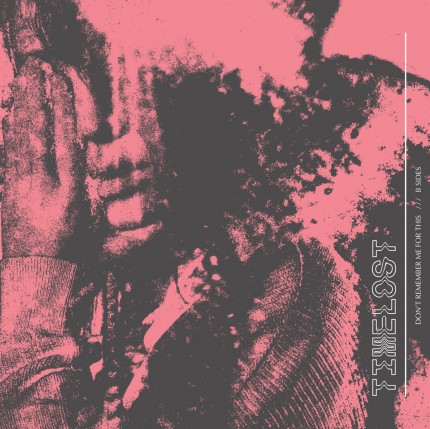 Weiterführende Links zu "Timelost – Don´t Remember Me For This LP"
Beschreibung
Beschreibung
What started as a file-sharing effort between two metalhead friends who sought to explore their... mehr
Menü schließen

What started as a file-sharing effort between two metalhead friends who sought to explore their own musical lusts, TIMELOST transformed into an emotionally charged diary of honesty, self-evolution, loss, and pain. Philadelphia’s TIMELOST, will deliver their powerful debut full-length, Don’t Remember Me For This on October 25th via Golden Antenna Records and To Live A Lie Records.  Don’t Remember Me For This delivers the triumphant anthems 2019 has been begging for.
Don’t Remember Me For This is bursting with dynamic punk velocity, nostalgic feelings of shoegazey grunge and intertwined with infectiously rippling sadness. Lush with the bands influences on their sleeves, TIMELOST mix just enough angst and grungy aggression with post-rock and dark-waving melancholy to create hazy, seductive soundtracks. 11 brand new tracks showcase the bands attention to textual and sonic detail while capturing the fury of a driving and blasting rhythm section.
„We didn’t set out for this to be a concept album but there is definitely a theme within the lyrics„, comments TIMELOST frontman Shane Handal. „We wanted to be honest and wrote what was real to us. It just so happened we both were going through a lot at the time we were writing the album. It’s weird to throw yourself out there to the world and be so vulnerable but it felt honest and real. We wanted to put out a genuine record from the music to the lyrics.“
Singer and guitarist Shane Handal (Set & Setting) and drummer Grzesiek Czapla (Woe) entered Uniform Recording in Philadelphia, PA in August of 2018. Looking to set the perfect tone, the duo partnered with recording engineer, Jeff Zeigler (War On Drugs, Kurt Vile, Nothing) and recorded over 15 days, playing every instrument. With the help of mixing engineer, Ryan Haft (Torche, Wrong) and mastering engineer, Ed Brooks (REM, Death Cab For Cutie, Minus The Bear), Don’t Remember Me For This came to life.