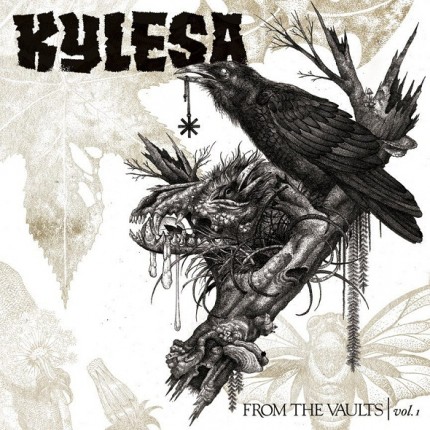 Weiterführende Links zu "Kylesa - From The Vaults Vol.1 2xLP"
Beschreibung
Beschreibung
KYLESA have blossomed from a hot tip of the avant-garde crowd – as found at the prestigious... mehr
Menü schließen

KYLESA have blossomed from a hot tip of the avant-garde crowd – as found at the prestigious Roadburn Festival – into a high profile act. They are courted by a steadily growing number of fans and by the media. Despite criss-crossing Europe and the United States following the release of their acclaimed bestseller “Spiral Shadow” (2010), the band led by singers and guitarists Philipp Cope and Laura Pleasants has found the time to record what they describe as “a labor of love”. Going through rare and previously unreleased tracks from former recording sessions, alternate versions of well beloved songs and even a brand new track, KYLESA remixed and rearranged those they felt to have a permeating feeling of togetherness into this outstanding collection “From the Vaults Vol. I”. Far beyond the average compilation it will make you wish for Vol. II!