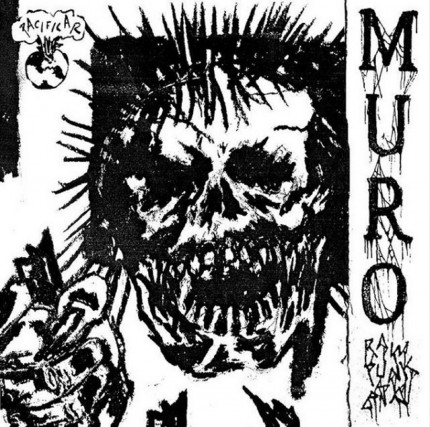 It's been a few years, countless miles of international touring that has exhibited their energetic live show to those lucky enough to witness it, and an incalculable amount of hours spent in rehearsal perfecting a breed of auditory frenzy that is all their own... and at long last we, the hardcore punk faithful, are rewarded with the great MURO delivering to us their latest LP titled "Pacificar." Many would have fathomed a follow up to 2017's "Ataque Hardcore Punk" to be quite the unthinkable feat, but these 11 tracks prove that MURO are far from a flash in the pan like so many others in this day and age and that they don't take the creation of their contributions to the greater punk canon lightly. As a testament to their unwavering work ethic and approach to presenting their art how they see fit, all print material was made by the band and friends at their Casa Rat Trap Collective in Bogota, Colombia and features a series of alternate versions of cover art a la The Execute's 1983 self titled EP compliments of the band's own Carlos Velásquez and Wilson Melo. It's a privilege to kick off yet another decade of hardcore punk with a release of this caliber.