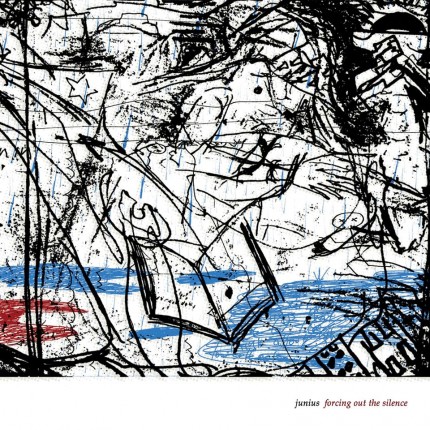 OUT 31.01.2015!!! Forcing Out The Silence", the first EP by Junius, sees his 10th anniversary and Golden Antenna is proud to release this for the first time ever on vinyl on 30th January 2015 for EU/ UK. The record was especially remastered for this release. The 12" will feature an etching on the B-Side and a download code as always. The download code feeatures an exclusive bonus track!
500 copies all on 180 gram vinyl. The band will be on tour in April 2015 to support the 10th anniversary for this release.