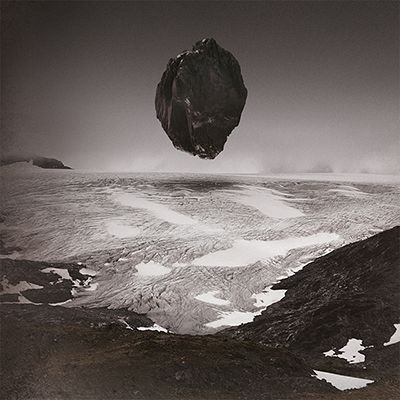 Hemelbestormer is Dutch for someone with revolutionary views, an idealist and someone with wild plans. Literally it can be translated as "sky stormer" or "stormer of heaven". ...and so are the five individuals behind this entity. Hemelbestormer is the MMXII omega in a long chain of births and deaths, having its roots in the black metal, sludge and hardcore scene
Listeners are first greeted with 9 minutes of droning guitars, cavernous drums and solemn atmosphere that catch every possible vibration of the trembling frame of a enlivened new mansion. At around five minutes in the sound is so great that I remained speechless. I think they achieve the peak with 'Omega', the last song of the release. The song starts exactly from that point where 'Alpha' finishes; it has the same theme and similar guitar riffs and awesome drum beats that seems like a rhythmic march of a giant: slow and solemn. Hemelbestormer (which literally translates as “stormer of heaven”) creates something so staggeringly emotional, so balanced between darkness and light that you'll be astonished by it.