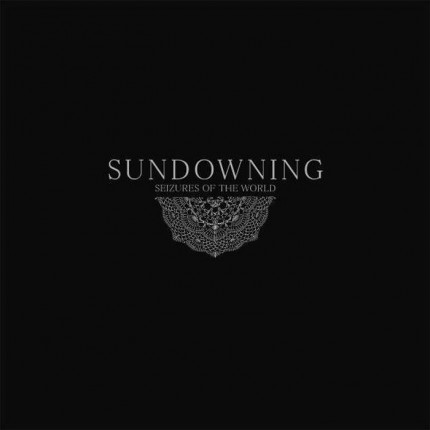 Weiterführende Links zu "Sundowning - Seizures of the World LP"
Beschreibung
Beschreibung
The first proper release by Ruhr-Area based Sundowning. After their self titled EP and the... mehr
Menü schließen

The first proper release by Ruhr-Area based Sundowning. After their self titled EP and the “Of Aging Stones And Rotting Leaves” single this four-piece heavyweight reports back with their first full-length entitled “Seizures Of The World”. A mournful LP, which is based on six songs full of desperation, perishing cold and a dragging pace, that builds a solid ground for the entire album. In this cold atmosphere, the sometimes high arranged guitar-lines affect to be sparks of uplifting escapes just to be burst apart by walls of massive distorted floods, a red thread that tears through the whole record. Following this thread “Seizures Of The World” appears like a monolith that deserves quite rightly a tagline like “atmospheric blackened post-hardcore”. The sober artwork, which was done by Victor Soldeus, underlines the musically appearance. All in all a huge step in the progression of this fairly young band, which lately after this release should be known by everybody, who digs into bands like Downfall Of Gaia, Planks and Omega Massif.