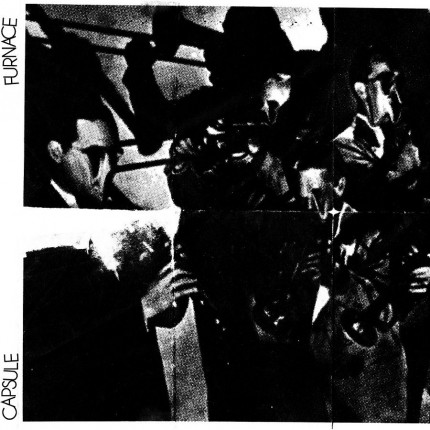 Related links to "Capsule / Furnace - Split EP"
Description
Description
first of are Capsule from Florida which should be known since their amazing album entitled... more
Close menu

first of are Capsule from Florida which should be known since their amazing album entitled "blue" on robotic empire records. With "whole grounds" they contribute one song which stands for the developement of this band. Containing ex-members of Kylesa and Torche, they formed an uncomparable sound of heavy music. Impressing guitartunes coupled with passages of delayeffects are only one ingrediant. Without getting boring you´ll notice that parts return and win ground with each runningtime. Carried by surprising accents, dry basslines, an in your subcoscious mind engraving voice and sluggish drumming, this band knows how to write great music. Up next are Boston´s forward raging band called Furnace. With "friendly cosmos" and "clumb satellite" they contribute two songs which are blowing away every single doubt you might have, if you thought this band is something like Capsule`s sidekick for this release. This three-piece band wrenches a whole in your ears and knows how to fill it. Absolute forward raging drum- , guitar- and basslines paired with multiple voices are ready to hit your recordplayer and surprises with a wide range of tempi. A really tight style and a brilliant sense to assemble fragments making this band to one of the most underrated ensembles around.