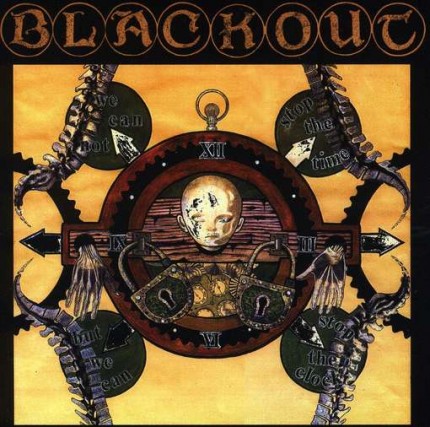 USA-Import!!! Following directly on their heels of their 2007 debut LP, Minneapolis’ BLACKOUT deliver another dose of angst-ridden punk rock’n'roll madness. The music is powerful hardcore punk (read POISON IDEA) with a healthy dose of MOTÖRHEAD style metal. Lyrics are cut-to-the-bone observations about life on the ugly underside of society and are heavily influenced by classic American Blues music. BLACKOUT members have been part of the Profane Existence family for nearly two decades and include members of ASSRASH, PROVOKED, STILLBORN, PHALANX, etc. As with the previous album, this was recorded at the House of Misery studio and the CD version is available from Profane Existence Records. Musically this album is heavier, better produced and orchestrated than their debut. Cover artwork by Yvette.