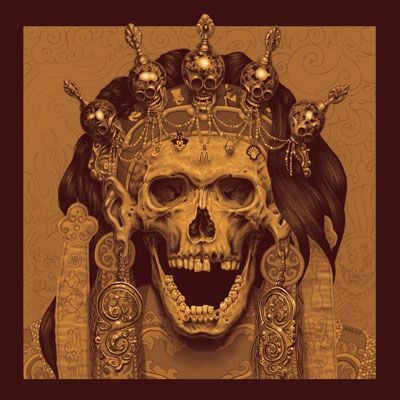 Related links to "Makiladoras - Niemandsland LP"
Description
Description
MAKILADORAS from Groningen (Holland) existed from 1999 until their demise in 2007. They were... more
Close menu

MAKILADORAS from Groningen (Holland) existed from 1999 until their demise in 2007. They were known for their ultra intense brew of Slaytanic Metal guitars in a bowl with uncompromising Crustpunk and Evas recognizeable angry vocals. They created a monster of sheer and mighty punk-metal mayhem that always stood up for DIY Punk ethics and this way toured as far as even to Israel in 2004.The Band published a stunning 10” MLP and Split 7” with “Radio Bikini” until their first Full Lengh “In eigen Hand” in 2005 dealing mostly with Gentec issues along other current political topics. MAKILADORAS split up in 2007 playing a stunning final Show at the 11th Trashfest in Hoogeveen (Holland) and recorded their last remaining 8 new Songs for a final 12” Release that was suposed to be released by PROFANE EXISTENCE in 2008. Due difficulties and a briefly end of PE’s Label activities the masters got returned to the Band and finally are available on vinyl 3 years later in form of the “Niemandsland” 12” on Ruin Nation Rec. This final releases includes 8 post mortem tracks of a full throttle SLAYER guitar ridden Metal and Punk feast. Recorded by Dirk Kusche at Bremens Kuchelrock Studios who is also responsible for the early thundering SYSTRAL recordings. The Artwork that attents this releases was done once again by Mr. Marald who created yet another masterpiece of Sleeveart... especially the detail in the front cover are simply amazing.