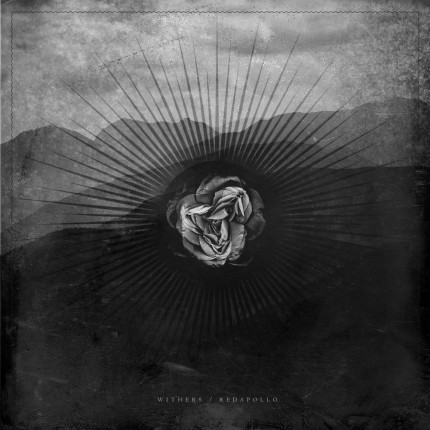 The Transgression trilogy of Red Apollo comes to an end after the splits with Gottesmorder, Sundowning and now Withers. Germany vs. Austria this time and it’s a friendly match because both bands show how close they sound together. Normally pretty mid-tempo; “Mental Enlightment” is an up-tempo song and shows the brighter and energetic side of Red Apollo. Still there are the dark undertones combined with a grooving part when the hellish screams kick in. A nineties metalcore riff is the starting point of the postrock/black metal last half of the song. A melancholic undertone combined with a doomy vibe is raging until the end. Once again these Germans show how to combine different genres in one compact song. Faster with a traditional hardcore and metal pace is what Withers show us in less than three minutes. There is a blackened crust edge surrounded in the overall feel of the song, together with the chaotic spectrum of hardcore. In contrary to the different approach of their neighbors, the production (especially the sound of the guitars) is similar. If you are into bands like The Secret or Downfall of Gaia this split EP cannot be missed.