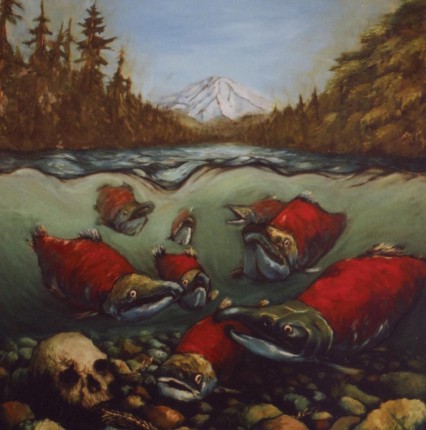 Related links to "Alda - Tahoma CD"
Description
Description
RESTOCKED!!! Alda is the musical and ideological coalescence of a group of friends who met and... more
Close menu

RESTOCKED!!! Alda is the musical and ideological coalescence of a group of friends who met and began making music with and amidst each other in the town of Eatonville during the early 2000's. They officially christened their project with the name Alda in the Fall of 2007 after having relocated to the city of Tacoma. The sound is inspired by a variety of folk music traditions and Black Metal. They are a black metal band cut from the same Cascadian cloth as Agalloch .. They have a similar nature-centric take on the music and a similar ritualistic approach to their live performances. Their songs are long and often hypnotic, with tribal percussion, and memorable, sweeping melodies. But they also know how to slash and burn. their album "TAHOMA" comes out on double vinyl.