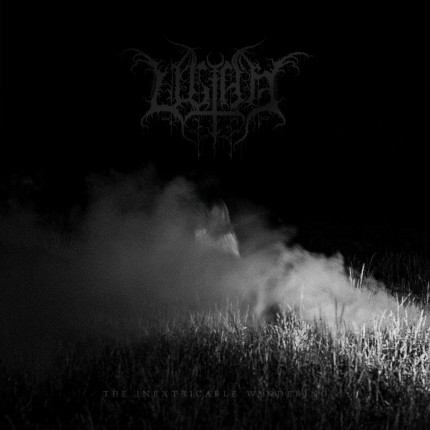 With just two concept albums, 2015’s “Pain Cleanses Every Doubt” and its 2016 follow-up “Converging Sins”, and some splits and EPs, Cologne-based black metal outfit ULTHA have managed to conquer the scene by storm. With the will to differ and the vision to create, the four-piece band has achieved a goal that hardly any band from the at times stubborn (black) metal scene will ever achieve: Conceiving unique, fresh and at the same time harsh but beautiful sweeping black metal art. Now ULTHA have delivered their third concept album, the aptly named “The Inextricable Wandering”, perfectioning their mix of black metal fury, doom heaviness and dark wave gloom. This third album is yet another big step up the ladder to contemporary extreme metal's pantheon and at the same time an unstoppable mahlstrom into the darkness of the human mind: A haunting ride into a void conceived through omnipresent fear, ongoing disappointment and overwhelming melancholia. With six tracks and a total playing time of over 66 minutes, “The Inextricable Wandering” is the perfect soundtrack for dark days and losts souls. Get “The Inextricable Wandering” on Digiapk CD, gatefold 2LP and digitally