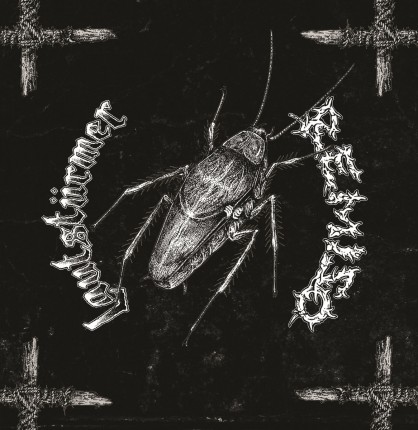 Related links to "Lautstürmer / Remiso - Split LP"
Description
Description
this split is a really great one !!! Raw Punk, Metal, Crust to the max. Both bands are from... more
Close menu

this split is a really great one !!! Raw Punk, Metal, Crust to the max. Both bands are from Mälmo, Sweden and both bands are filled with members with great experience from other projects, bands:
LAUTSTÜRMER with (ex-) members of DRILLER KILLER, KÖRFAST, MOB 47, VOIDFILLER, ...,  play the typical swedish Käng sound with tons of Metal influences, six songs of brutal Crustcore music in the vein of MOB 47 or DRILLER KILLER.
REMISO consists of people coming from Sweden, Brasil and Chile, they play raw, metallic and angry Punk, Crust in the vein of old RATOS THE PORAO (they even sing in portuguese). REMISO´s six songs on this split album are the winner here, down-tuned and crushing material to your painful end.