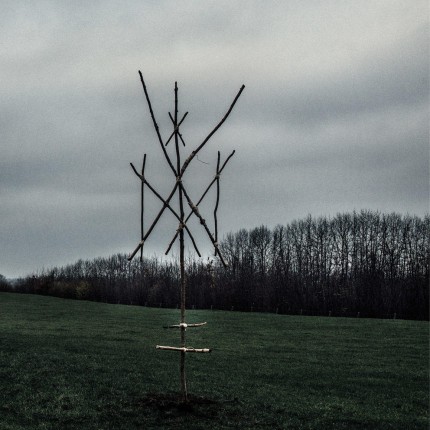 After being formed in 2014 by Levy Seynaeve (Amenra, Oathbreaker) as well as Wim Coppers and Gilles Demolder (both also in Oathbreaker) WIEGEDOOD quickly became a household name in the European extreme metal scene. Both of their previous albums, “De Doden Hebben Het Goed” and “De Doden Hebben Het Goed II”, as well as their furious and cathartic live performances made waves beyond the realms of black metal. In the past they have toured and played shows with the likes of Wolves In The Throne Room or High On Fire, just to mention a few. The final chapter of their trilogy, “De Doden Hebben Het Goed III”, was recorded by Christophe Dexters at House Rott Child in Herk-De-Stad, Belgium, and mixed and mastered by Jack Shirley (Deafheaven, Oathbreaker) at Atomic Garden, East Palo Alto, CA. The cover, which was done by Stefaan Temmerman, also offers the perfect visual closure of the trilogy. The band explains: "The picture for this cover was taken in Sint-Eloois-Winkel, a small town near Kortrijk where Levy (guitars & vocals) grew up. Subsequently, the cover for ‘De Doden Hebben Het Goed II’ was taken in De Haan, where Gilles (guitars) spent his childhood and the first cover picture was taken in Ransberg, where Wim (drums) grew up and is still living today.” “De Doden Hebben Het Goed III” is available as: Special Edition CD, Gatefold black LP, Digital Album