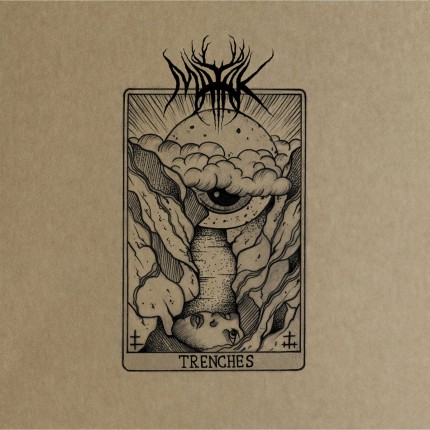 Related links to "Mayak – Trenches LP"
Description
Description
Mayak from Bielefeld (with guys from Ruins, Ratfeast, and Souls for Sale) are back with their... more
Close menu

Mayak from Bielefeld (with guys from Ruins, Ratfeast, and Souls for Sale) are back with their second long player. After an EP in 2013 and the debut album "Allegiance to None" in 2014 things got quieter about the band. The line-up changed, a second guitar was added and now it ́s going flat out with "Trenches". Incredibly good, gripping and dirty sludgy metal punk with a clear message, DIY attitude and very varied versatile songs. Increasingly less punk, but somewhere between black metal, sludge, blackened hardcore and classic metal. Tremendously produced and with infinite power and intensity. Different forms of extreme music united in one album: between groove and racket, Entombed and Disfear, blast beats and feedback chaos, raw aggression and melody with dark and crushing song structures. Bielefeld's output of extraordinary good hardcore bands is remarkable and Mayak are seamlessly in line. If you like Svffer, Jungbluth or Deathrite and celebrate international acts like Kvelertak or High on Fire, you have your new favorite album! Recorded and mastered by Alexander Sickel at Tiny Pond Recording Studio, Hannover.