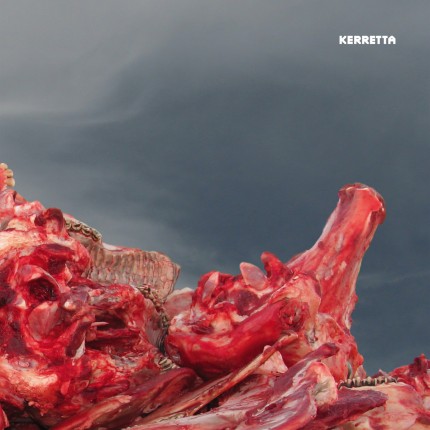 Related links to "Kerretta - Exiscens LP (lim. col. Vinyl)"
Description
Description
Surprises. Remember those? The possibility of having to wait for something and not knowing what... more
Close menu

Surprises. Remember those?
The possibility of having to wait for something and not knowing what it was about what it looked or sounded like, or what gift was inside. Like a present as a kid that you shook, hoping to hear the clickity-clunk of LEGO’s or feel the hard-fold of a book cover. You may have known what was inside, but there was still the ele - ment of surprise. The age-old feeling of deferred gratification.
“I wonder if it’s a bicycle?” Four years after the release of their third LP Pirohia (2014), Kerretta’s new LP captures tracks from around that time, as well as way back to their first recordings. Exiscens is a collection of digital-only released tracks, unreleased outtakes, new songs and rarities starting from the days prior to their first 7" release (2007) until now. From the bulldozer riffs of The Trouble With Us recorded around the same time as the Vilayer LP (2009) sessions, the ambient wash of Ornithomancy, a re-work of the Pitch Black track Bird Soul, to the recent and unleashed Chroma Queens. The vault has been cracked open to release some glorious goodies all ready for Xmas 2018.
Should you choose to pre-order Exiscens, you wont know what the album will sound like until release date. You wont see the cover until it’s either in your mailbox or digitally available. It does have the previously released tracks From Elbow To Claw and The Guardsmen on it. The surprise you won’t get: any tracks with any traceably noticeable ska, waltz, or EDM. These will all find a new home on heavy pressed 12 " LP vinyl and digital.
Surprises. Remember those?