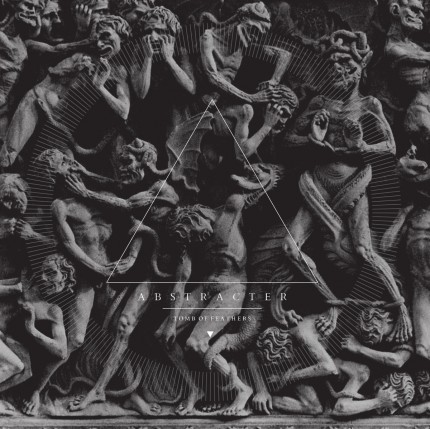 Related links to "Abstracter - Tomb Of Feathers LP"
Description
Description
Abstracter’s Tomb of Feathers is a bit of a wonder. Unless I’m misinformed,... more
Close menu

Abstracter’s Tomb of Feathers is a bit of a wonder. Unless I’m misinformed, it’s self-produced and self-financed, and was recorded live onto analog equipment in just three days. Ventures like that, when not born out of sheer financial necessity, are frequently more about artistic statements than music itself. It’s the sort of prologue that leads you to expect a bit of a shambles – something you appreciate as much if not more because of where it came from, rather than what it became and are more forgiving of its faults because of its ambition and heart. So it’s a real treat that this is record is far from a mess, but instead, a stunningly cohesive picture of a mad vision.

The band draws from sludge, psychedelia and hardcore, like so many of the more exciting metal bands in the last decade or so, to produce three tracks that weave through warped mindscapes like a musical representation of H.P. Lovecraft’s non-Euclidian cities. As the riffs build and layer upon each other, they build a sense of growing and increasingly suffocating isolation, aided by the dense production in creating a constantly oppressive atmosphere. Measures lead by quarter notes give way to measures lead by eighth notes and back again so frequently that one never feels entirely sure what tempo the music is playing at, and that feeling is backed by ferocious, echoing roars which make for an unsettling experience in the vein of the best kind of horror movie. This album feels like insanity, but an artistic portrayal rather than the real thing; one abstracted by metaphor and symbolism, intended to make the listener feel as though they are the disturbed party themselves, and not just feeling the alienating helplessness of witnessing the suffering of someone who is truly disturbed.

It’s also just damned good metal. The last five minutes of the excellently titled, To Vomit Crows, contains one of the simplest sections of the album, sounding like one of the best songs Church of Misery never produced, and then drops to half-speed and takes on an aura of unstoppable, abhorrent ingress, the juxtaposition of which is strongly jarring but very satisfying. The final, longest, and strongest track, Ash, is 16 minutes of some of the best progressive doom metal you’ll hear this year, riding a slow dirge through the first half that explodes into waves of sludge like the thick ash of apocalyptic skies. At these moments they touch on what makes a band like Ufomammut so enrapturing, not quite reaching the heights of the Italian titans but coming closer than a debut record has any right to.