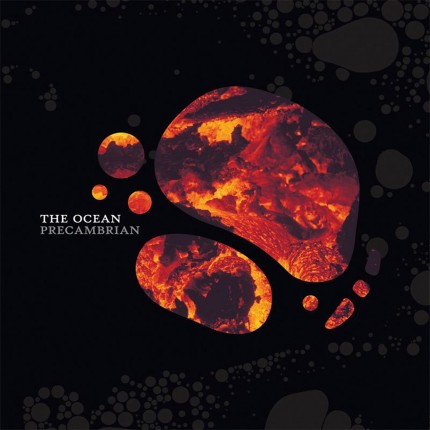 Few albums still feel relevant, fresh and contemporary-sounding, 10 years after their original release. THE OCEAN’s Precambrian, originally released in November 2007, is such a case: the band’s musically most mature and versatile album to that date, Precambrian is an album distinguished by complex yet intimate songwriting, huge orchestrations, subtle electronic textures and immense harmonic and dynamic density. With guests appearances by Caleb Scofield (Cave In, Old Man Gloom), Nate Newton (Converge, Doomriders), Tomas Hallbom (Breach), Eric Kalsbeek (Textures) and musicians from the Berlin Philharmonic Orchestra, Precambrian remains a career-defining milestone for the band, and still a fan’s favourite.
While THE OCEAN have been focusing on their latest album Pelagial on recent tours, the band is planning to revisit Precambrian with a few select 10th anniversary shows in 2018 — and possibly even more than that: “There is a gap between ‘Precambrian‘ and ‘Heliocentric‘, both conceptually and musically… and it’s a tempting idea to fill that gap with a new album, that would connect the two”, Robin Staps comments.