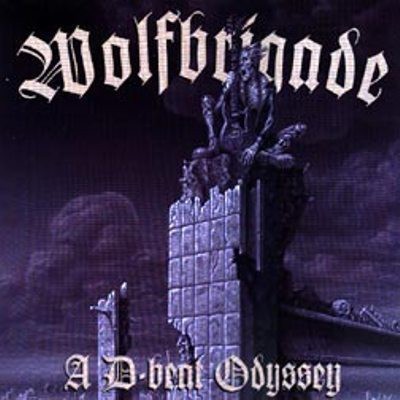 ---> the covers get 1 or 2 very little corner damages. nothing bad, but still there
USA-Import!!! Raging Scandinavian Hardcore steamroller. Down-tuned crust-core blasts with a hint of the melody of early Swedish punk and classic Swedish Death Metal. This was originally planned to be a tour 7" for Wolfbrigade's 2004 US tour. As it happened the material was too long for a 7" and the band opted to release it as a 12" ep (a popular format in those days, see Tear It Up 12" above) Soon after the rehearsals for the recording session singer Micke lost his voice. As it happened he had some sort of tumor on his throat and would have to have surgery and years of therapy to sing again. During the recording sessions Micke's voice went out and Poffen from Totalitar was called in for some guest vocals, his first appearance outside Totalitar. As a result of the band breaking up and Micke losing his voice, the tour was cancelled but Wolfbrigade agreed to fly in for just two shows, Thrash Fest 5 and a show in Chicago with From Ashes Rise. Micke's voice held out for two stellar shows. The cover art on this 12" was done by Marald (formerly known as Shitface) who drew the cover to our first release back in 1991! Lyrics deal with alienation and depression from life in modern Swedish society and an anti-fascist anthem. The first pressings of this 12" sold out quickly, and for years there was talk of a new pressing with some unreleased bonus material. This never happened, and now in 2018 we bring you a re press.