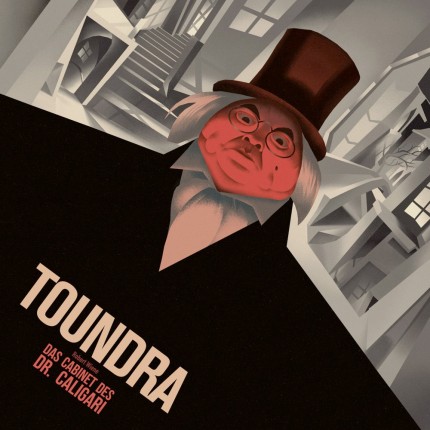 'Das Cabinet des Dr. Caligari' is the latest musical initiative of TOUNDRA, the intrepid instrumental rock band from Spain, that once again showcases their mutable capability to approach new projects and reinvent their art. This is not just an exceptional soundtrack to the quintessential German silent horror film directed by Robert Wiene that turns exactly 100 years old on 2020, it's also a dialogue with the listener with the intention of questioning ideas like manipulation, freedom and the human nature itself. Available on gatefold 180g 2LP vinyl + CD insert.