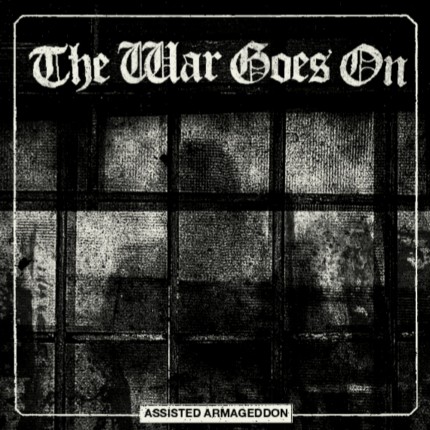 Assisted Armageddon is the second LP from this Danish band featuring former members of Hjerte Stop and No Hope for the Kids. If you’ve heard those two bands, Assisted Armageddon sounds like the two of them mashed together, with the big melodies and soaring vocals of No Hope for the Kids combined with the shorter songs and leaner approach of Hjerte Stop. If you haven’t heard those bands, The War Goes On reminds me of the most melodic early 80s Southern California punk… bands like Channel 3, M.I.A., and Social Distortion. Those bands contributed DNA to pop-punk, but The War Goes On doesn’t sound like a pop-punk band to me… they’re too gritty, angry, and political, and their melodies are dark and sophisticated. That being said, when Usman heard this he said it sounds like it could be on Hellcat Records, so maybe I’m just old. However, if you’re like me and have fond memories of the early 2000s when Kick N Punch Records was ruling everything and thousands of punks were newly able to locate Denmark on a map, and/or if you played that No Hope for the Kids LP to death, this LP is full of anthems perfect for autumn 2020.