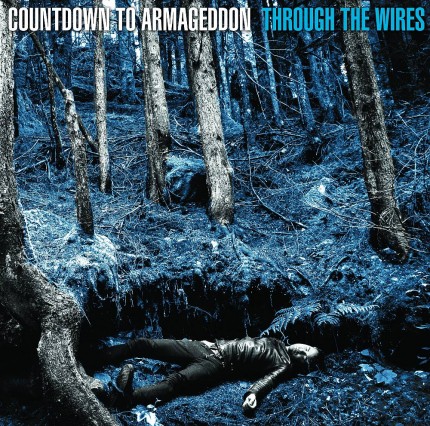 Related links to "Countdown To Armageddon - Through The Wires LP"
Description
Description
This is the second full-length release from COUNTDOWN TO ARMAGEDDON, a 3-piece based in Seattle,... more
Close menu

This is the second full-length release from COUNTDOWN TO ARMAGEDDON, a 3-piece based in Seattle, WA whose sound originated in apocalyptic crust and progressed into more melodic, post-punk territories over the past eight years of their tenure. Thick layers of reverb and chorus-effected darkwave riffs, sometimes reminiscent of early KILLING JOKE or CHRISTIAN DEATH, weave in and out of the lines between punk, hardcore, and d-beat crust, while retaining a unique identity in each of the eight tracks on the album. Lyrically this album addresses the conflict between the artificial and natural worlds, and the struggle to preserve humanity in an increasingly digitized and bleak dystopian future. Through a reconnection to nature the path toward destruction can be altered, and thereby escaping the psychological constraints of the modern age. Recorded at Buzz or Howl Studios by Stan Wright (Arctic Flowers) in Portland, OR, and mastered by Jack Control (WB2D) at Enormous Door Studios in Austin, TX.