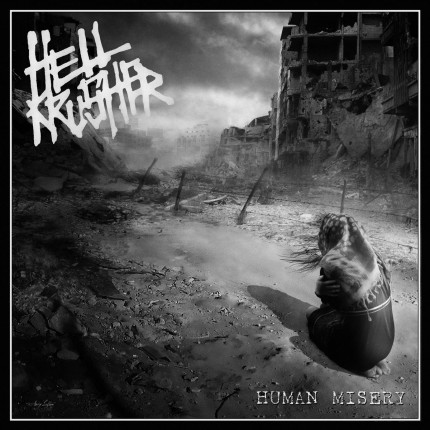 AVAILABLE 15th of December!!!
The fourth studio album of Newcastle upon Tyne's crust punk institution by the name HELLKRUSHER. The band formed in 1989 by members of "Hellbastard" and "Energetic Krusher" and soon became an institution within the Crustpunk genre. They released several albums and Eps along their way as well as extensive tours with FINAL WARNING and DIRT in the nineties.
Now, apart from a couple of split 7"s between 1997 and 2017, this forth studio album is the first full length in 21 years. Fourteen raging and pumping songs about the horrors of modern society in everyday way. Musically linked somewhere between VARUKERS and "Hear Nothing, Say Nothing" DISCHARGE, all twisted up with a massive doses of thrash and crust core. Well done Hellkrusher!