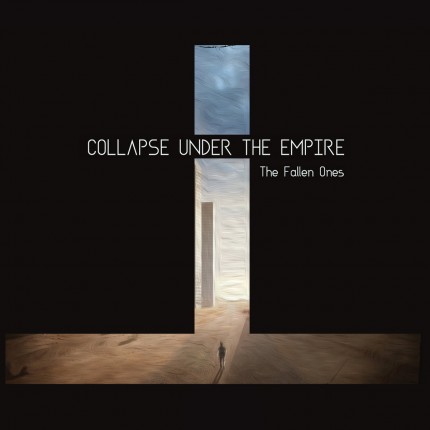 Collapse Under The Empire are back with an impressive new album! Chris Burda and Martin Grimm once again show their talent for diversity and release a record full of passion and haunting melodies. In the last three years the two musicians mostly concentrated on releasing other artists on their own record label Finaltune. They also prepared for their first live show ever that took place at the renowned DUNK!Festival in May 2016. In the last decade the band from Hamburg established themselves in the international Post-Rock-Scene with the release of five albums and  a couple of EPs. Over the years Collapse Under The Empire developed their very own signature of electronic post-rock sound.
Collapse Under The Empire combine Synthwave- and Post-Rock in a very unique way and bring together fans of electronic sounds as well as fans of heavier music. The 9 tracks on The Fallen Ones conjure a dystopian journey that inspires to explore the landscapes of a pessimistic future. Highly interpretive and emotionally charged, The Fallen Ones evokes images of fear, insecurity and yearning. The album offers the listener the opportunity to delve into these emotions. The theme of the record fits quite well into today’s world, but besides anxieties and negativity about the future, the album also paints pictures of hope. It provides moments of being reminded to own inner strength and power.
Recommended if you like: Mogwai, God Is An Astronaut, Maybeshewill, The Album Leaf, Clint Mansell, M83