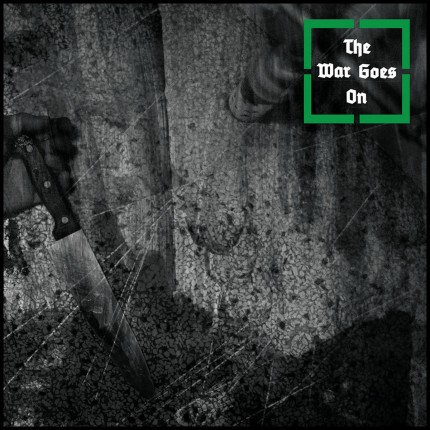 Related links to "The War Goes On - s/t LP"
Description
Description
Debut LP from this new Danish band that features former members of No Hope for the Kids and... more
Close menu

Debut LP from this new Danish band that features former members of No Hope for the Kids and Hjerte Stop. If you were a big NHFTK fan (and who wasn't in like 2004?) you'll immediately recognize the distinctive vocals, but The War Goes On is a little different. While the dark melodies and catchy vocals are very much intact from NHFTK, the music is generally faster and more straightforwardly punk a la Hjerte Stop... maybe I'm just listening for it because I'm aware of the members' backgrounds, but it does sound like those two bands smashed together. It's extremely well-written and recorded, to the point where some of it actually reminds me a bit of Bad Religion's stuff from the early 00s after they returned to Epitaph and kind of re-punked-up their sound. I'm sure that comparison will be a big turn-off to some people, but it does serve as fair warning: this is pretty slick stuff, but I wouldn't say it's overproduced by any means. I can't help but feel like if this has come out 10-12 years ago they would be, hands-down, one of the biggest bands in the worldwide punk scene, but the sound of this, to me at least, doesn't seem to be where a lot of people's heads are at in 2016. There are advantages and disadvantages to that; on the one hand it sticks out more for sounding very different than most of the recent stuff that has passed across my turntable, but at the same time it doesn't have the force of the zeitgeist behind it. It's definitely a well-crafted, engaging record, so use the info above to determine if you're someone likely to be blown away by it.